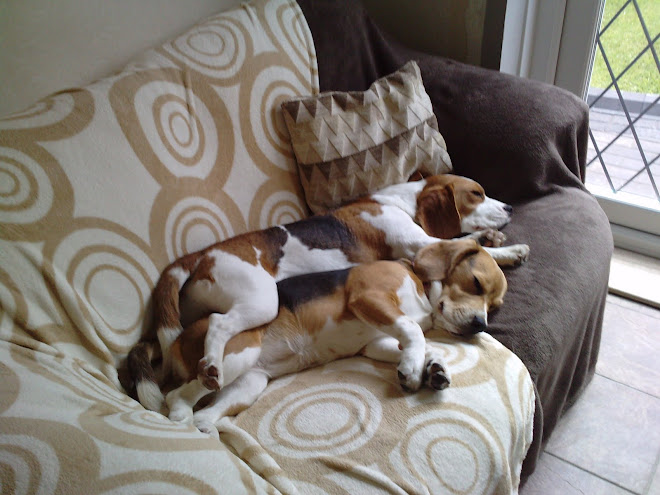 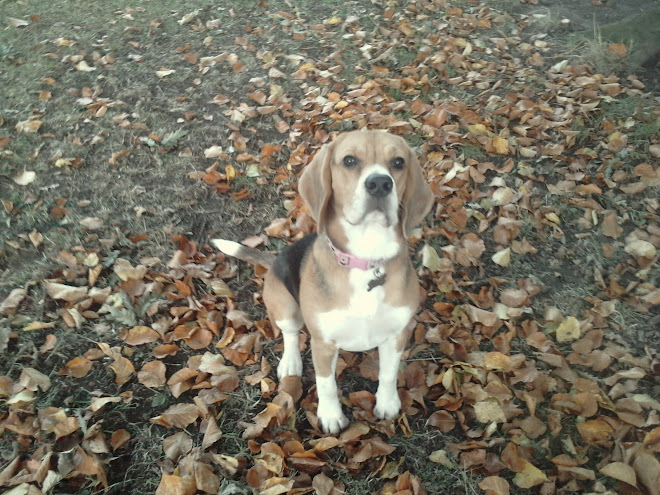 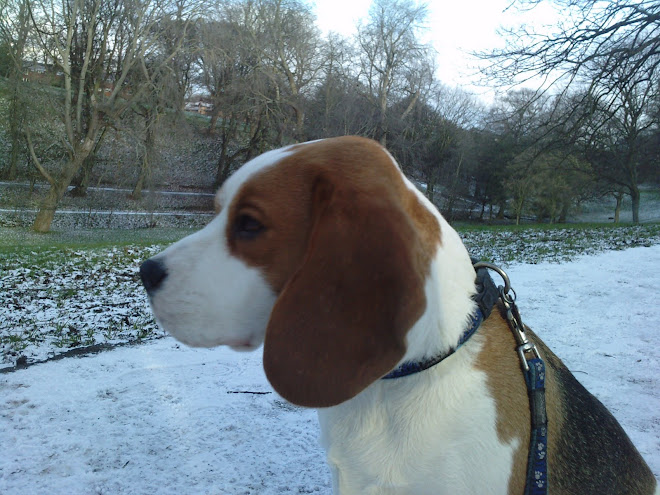 Chasing my ball in the sun 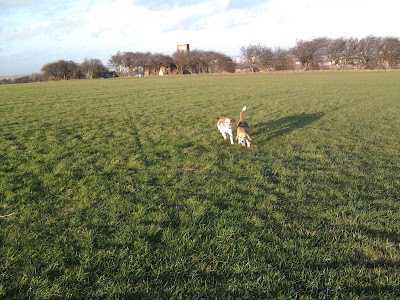 My Mam let me loose today and what's more I got to play fetch with the ball! Ruby tried to spoil it by pinching my ball and not giving it back to Mam but after a few rugby tackles I managed to get the game back on track. My Mam seemed really pleased when I brought the ball back - let's just say there were treats involved. 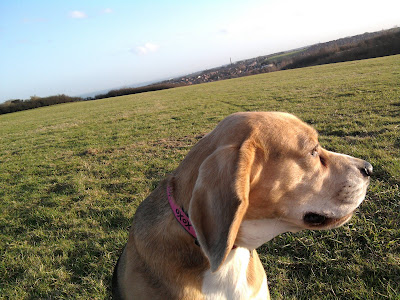 This is Ruby being aloof because her plans to ruin my game have failed ha ha. 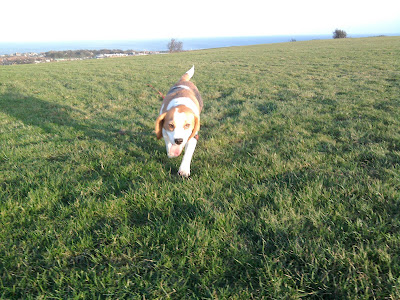 Look!!! I can come back when called just like Ruby snooty pants! 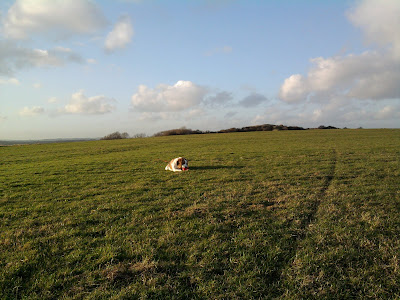 Now and then I do get little distracted - I just fancied chewing my ball a bit! 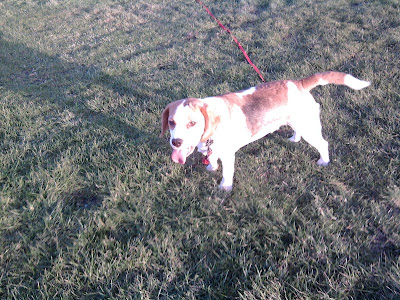 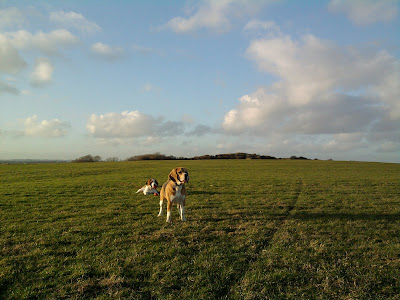 I even kept playing when strangers approached - what a good dog I am - Ruby just Rooed!!! 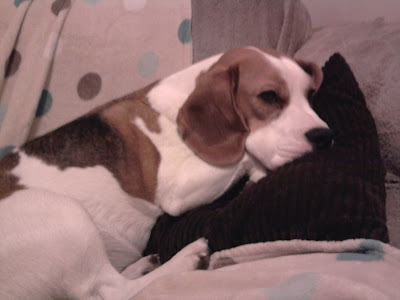 I was very tired after all the fetching - time for a nice rest, though Ruby looks like she might not be ready for sleep just yet!!!! 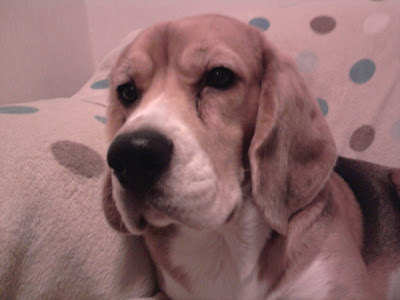 Still fuming that Oscar got all the praise for coming back - daft dog - I always come straight back (he didn't even know it was called "recall"). He has such a lot still to learn!!!
Posted by Oscar the Beagle! at 06:13